Hockey History In The Manning Valley

A Short History of Hockey in the Manning

Hockey was in the Manning Area before the Second World war when teams from Taree traveled to play teams from other towns. After the war representative teams were selected togo away and play hockey against teams from Coffs Harbour, Grafton, Kempsey and Port Macquarie. The first report of hockey matches matches was in the Manning River Times in 1953.

Manning Valley Mens Hockey Association formed in 1951. The first teams that competed with four teams; Chatham, Tigers, Pioneers and CYO and played matches at Taree Park where hockey shared it with Rugby League and later at Wingham and Chatham.

These associations controlled their own competitions until 1988 and then amalgamated to become the MVHA Inc. This association was formed to allow for the construction of the first synthetic field in Taree and was one of only three in NSW. (Tamworth, Liverpool and Taree). Hockey was played at the Taree Racecourse and then was redeveloped as the Taree Recreation Centre in 1966 initially to host the 1966 Under 16 Boys State Championships.

The Alan Taylor Field sand filled surface was opened 1988 and resurfaced as a Hybrid field in 2010. The Terry Launders Field followed and was opened 1999,the completion of the Clubhouse was in 2010 and the third Hybrid field was completed in 2018.

The Manning Valley Hockey Association has a proud history and has produced wonderful players many who have represented at all levels including Australia and NSW. 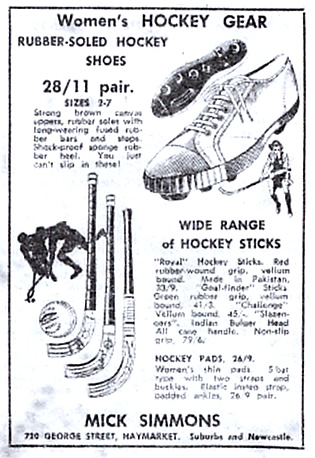