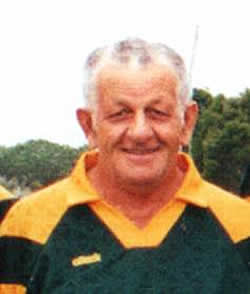 As an administrator Trevor has held many positions in hockey in the Manning including President of M.V.M.H.A Inc., (1991 to 1994, 1998 and 1999). He was a member of Second Synthetic Hockey Field Development Committee and the Manning Valley delegate at NSW Hockey Association Annual Meetings.

He has coached at club level including Wingham Times / Saxbys Hockey Clubs. Trevor played in local competition and veterans Competition and represented the association at various NSW Veterans Championships.
[ Back to Previous Page ]