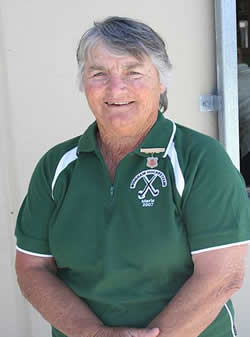 She was President of the Zone 2 for 8 years and a delegate for 15 years. Marie was AH Captain/Coach, Selector, Member Match Committee, Umpires Convener and Field Supervisor.

In 1966 was a foundation member of the M.V.J.G.H.A holding many administrative positions until it amalgamated with the M.V.W.H.A. Marie achieved a NSW State A Umpires Badge and umpired at NSW State Championships for 25 years. She was actively involved in training and testing them for an Association Umpires Badge.