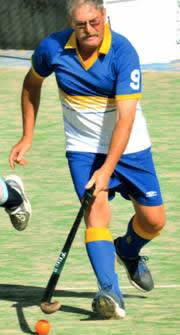 Larry was transferred to Taree High School as a teacher in 1983. Larry has been a valuable member of the Association both in his capacity as an administrator as well as a player.

He has played hockey in the local competition for both Chatham and Tigers Hockey Clubs and is a value club member. He has also represented the association at many State Veterans Championships.

From 1993 to 2007 Larry was the coach of Taree High School?s Open Boys Hockey Teams that competed in the NSW Combined High Schools Hockey Knockout Competition. Several of these teams were Hunter Regional Champions. Larry's time and expertise has been of great value to the Association.

Larry is worthy recipient of Life Membership of the Manning Valley Hockey Association Inc.
[ Back to Previous Page ]