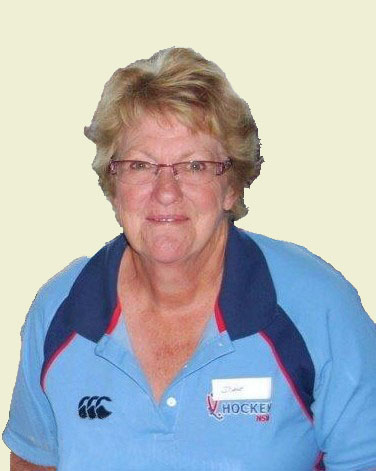 Di joined Tigers Hockey Club in 1994 and made a major contribution to the club both as a player and administrator which was recognised by Tigers awarding her a life membership. She also played a prominent role in administration with Manning Valley Hockey Association and her list of achievements with the association include Chairperson of the Women’s Division from 2003 to 2009, Association Secretary 2005 to 2009 and Association Vice President 2010 until her untimely passing. Di participated in NSW Masters State Hockey teams between the years 2003 and 2011. After this she managed a State Team as well as being a member of the NSW State Women’s Masters Committee. She was awarded a Jumper by NSW Veterans for “services to hockey”. Di was a tireless worker for Manning Valley Hockey coordinating many State Championships held in Taree and was ever present in the canteen during the hockey season organising and undertaking many tasks that went unnoticed by many.
She was a much loved and respected member of the hockey fraternity and is sadly missed.
[ Back to Previous Page ]