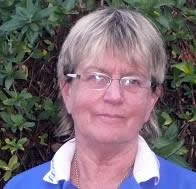 Brenda has been a manager of association representative teams including Under 16 and Under 18 Teams.

Brenda has played hockey in the local competition and represented Manning Valley at State Championships. Brenda holds a NSW C Grade Umpires Badge and umpired local matches for many years.
[ Back to Previous Page ]